Frankie two socks steps back into the picture

The return of Frankie two socks

I have been out of the loop for some time, but after some rather serious begging from a few friends, have stepped back into the political struggle to get the 4X4 BAN investigated.  this is going to be a very serious battle between the public and the iSimangaliso Wetland Park Authority. 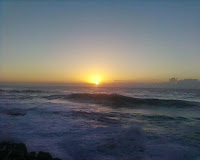 This political struggle will take place within the political structures and associated management platforms set up by the central goverenement to manage our world heritage sites in terms of the WHCA or World Heritage Convention Act.  One does have to remember that the political control of all spaces within South Africa is controlled by a vast array of interconnected laws, and no single law governs how municipalities are run and managed.  The MSA or Municipal Systems ACT needs to be evaluated, with the specific view of how the MSA and the WHCA interact and which authority takes precedence in what areas.

There are many other areas where we will be attacking the IWPA (iSimangaliso Wetland Park Authority) and most of these eveolves around their ecologicaal managment plans, along with their associated public participation processes, especially those which over lap and intermingle with the manag,ment plans for the Mtubatuba municipality in terms of their IDP.  The IDP or Integrated Development Plan for the Mtubatuba local municipality is quite a lengthy process which involves extensive Public Participation Process Meetings., which the iSimangaliso Wetland Park Authority should be attending, as the many different laws all talk of intergovernmental co-operation, but the truth is these fellas, believe that they are a law unto them selves.

This thinking on the part of the IWPA that they can do as they please, is the first step, whuich needs to be attacked, and we need to put them in their place, ensuring that they follow the law, and do not have the law adjusted to suit their needs as an when required.  this will be my first step, and after that everybody will know that #frankie2socks is back in the mix oif things when it comes to tourism development and the recreational use of the Elepehant coast beaches.

Last night (sunday) I bumped into the CEO of the iSimangaliso Wetland Park, but did not greet Uncle Andrew by the hand, as he was busy discussing some issues to a few journalists and governement folks in the parking between the Ski Boat Club and the board walk. So I left him in peace...

We will soon be argueing about the many different issues that impact on the fishing within lake St. Lucia, the ZSt. Lucia estuary system and th coastal zones within the iSimngaliso Wetland park.

watch this space for updates and progress reports on topurism issues, as well as PROJECT WORK

Posted by Frankie2socks at 6:25 AM